The Sillytone Squish Factory was designed in collaboration with Geoffrey Morris, Marina Kassianidou and Julian Wass in 2004. It was designed to be a visceral and engaging music controller. Made out of a single casting of silicon, the two eyes function as buttons and the two ears can be moved like joysticks or pulled and squeezed. The sensing ears were created using pressure sensitive resistors which allow continuous detection of the user interaction. 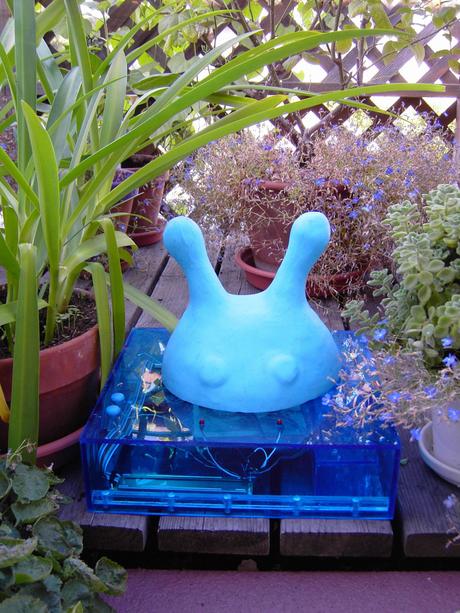